Locks are inseparable objects in our daily lives, and as the world's largest producer and consumer of locks, China's locks are also world-renowned. So what are the lock production bases and representative brands in China? The history of locks in my country can be traced back to the Neolithic Age. After thousands of years of development, some lock industry bases have been formed. The four major bases of China's lock industry are concentrated in Shandong, Zhejiang and Guangdong.

Core locks: padlocks Honorary title: China Padlock Center, China Padlock Production Base Scale: Pujiang has more than 700 padlock products and accessories production enterprises, employs about 20,000 people, the output of padlocks exceeds 1.35 billion, and the annual output value is 3.795 billion yuan. Introduction: Pujiang County is affiliated to Jinhua City, Zhejiang Province, and is located in the middle of Zhejiang Province. Pujiang is the country's largest padlock production and processing base, product distribution center and export base. After more than 30 years of development, the Pujiang lock industry has also developed from a single padlock product to more than 300 varieties and specifications such as drawer locks, anti-theft locks, motorcycle locks, and door locks.

Core Locks: Traffic Locks Honorary Title: China Lock Capital, Zhejiang Province Locks Professional Trademark Base Scale: There are more than 400 enterprises with a certain scale engaged in the manufacture of lock products, of which there are more than 60 large-scale enterprises with an annual output value of more than 50 million yuan. There are 56,000 employees. Introduction: Wenzhou is a prefecture-level city in Zhejiang Province and one of the 27 cities in the central area of the Yangtze River Delta. Wenzhou is a traffic lock manufacturing base. In addition to traffic locks, Wenzhou's mortise locks, ball locks, IC card locks, key locks, sensor locks, fingerprint locks, etc. are also famous. Lock manufacturers are mainly distributed in Ouhai, Lucheng, Longwan, Yongjia, Ruian and other places. 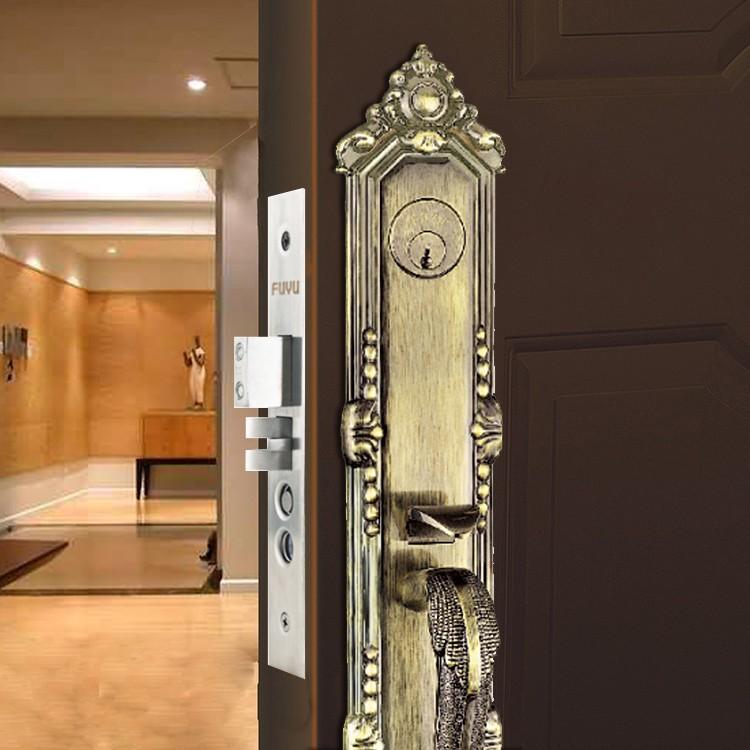 Core locks: door locks, smart locks Honorary titles: China Smart Lock Industry Base, Southern Lock City, China Hardware Products Industry Base Scale: There are 315 lock companies and 14,000 industrial workers engaged in the lock industry. A few years ago, there were 4 enterprises with an output value of over 100 million yuan in Xiaolan locks enterprises, with an annual output of 340 million locks. Introduction: Xiaolan Town, under the jurisdiction of Zhongshan City, Guangdong Province, is located in the south-central part of the Pearl River Delta. It is an important industrial and commercial town in the north of Zhongshan. The locks produced in Xiaolan Town account for 40% of China's locks market and 37% of the country's total lock exports.

Shandong lock industry companies are mainly concentrated in Yantai. Although the lock industry here is weaker than the above three.