Smart door locks are the entry-level of smart homes. Even if there are no other smart homes such as dishwashers and sweeping robots, best electronic lock can be regarded as the most widely accepted smart home. But how should smart door locks be selected? What are the guarantees for safety?

The traditional key lock is a mechanical lock core, which is opened by rotating the key. The smart fingerprint lock is also a mechanical lock cylinder, but it adds a chip control panel, integrated key, fingerprint, password, temporary password, mobile phone Bluetooth, card, a total of 7 unlocking methods, so there is no need to worry about opening the door.

Even if the chip is damaged, the lock can be unlocked normally. The key on the outside of the door and the knob on the inside of the door are opened by mechanical rotation, which is the same as the traditional lock.

The safety consideration is the lock cylinder. The best smart code lock is the in-line C-level lock cylinder. Both traditional locks and fingerprint locks are available, so they are the safest.

Based on the above points, several smart door locks recommended are: 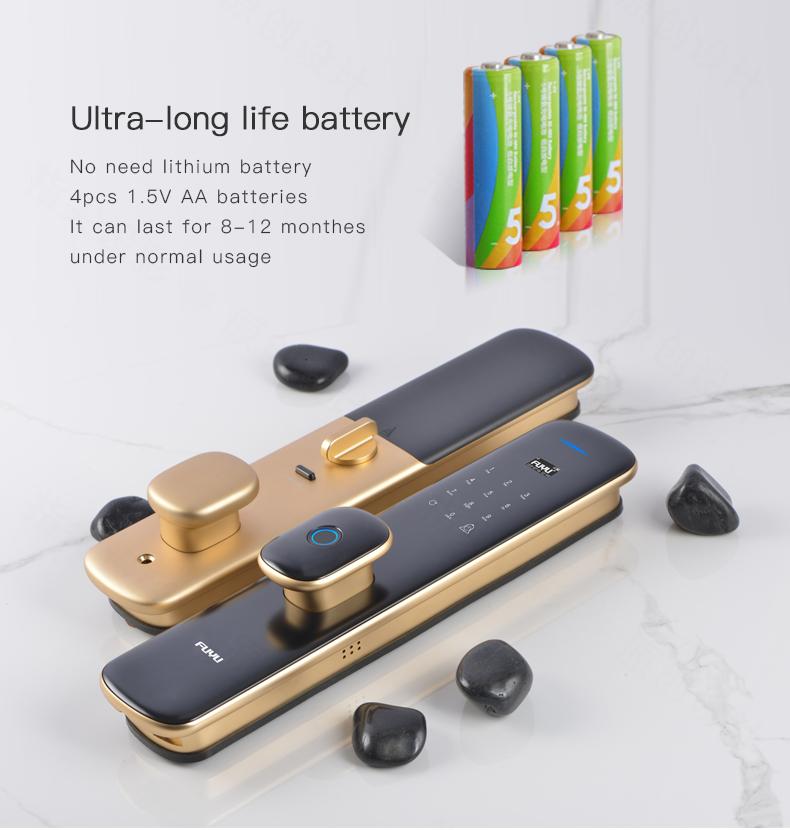 The electromechanical integrated smart lock cylinder and the German C-level copper core lock body used by the smart door lock Black Warrior achieve the bank-level explosion-proof and anti-pry function. When the circuit is connected from the outside, the lock cylinder cannot be controlled. That is to say, it is impossible to open the lock from the outside using electromagnetic, that is, people often worry that the "small black box" cannot be opened.

There are 8 sensors in the lock body of the Black Warrior, including the front handle detection sensor, the explosion-proof force dismantling sensor, the biological living fingerprint sensor, the door seam status sensor, etc., which can sense the status of the door lock. Any abnormality in the door lock will sound an alarm Instant feedback on the phone.

There are six ways to unlock the lock. If someone temporarily wants to enter the house while I am away, you can also set a temporary password. No matter what method is used to open the lock, instant records can be received on the mobile app. You can also enter an emergency fingerprint, so that if you are forced to open the door, after entering the emergency fingerprint, the family can receive an alarm immediately, which is very safe!