A deadbolt’s primary function is securing the door. Deadbolts must be “thrown” to secure the door and don’t latch automatically.

Both latches and deadbolts can also be used on gates. The main benefit being that the security door lock can work from the house key keeping your key ring down to a minimum. For gates, a deadbolt can be modified with a gate latch. This changes the function of the deadbolt so that it will auto-latch when the gate is closed and thus auto-lock the gate. These are combined with gate closers so the gate won’t be inadvertently left open.

Having recently entered the market, electronic deadbolts can be set to automatically throw the bolt of the deadbolt to lock the door after a specified time has lapsed. This is done by mechanical linkage within the lock. 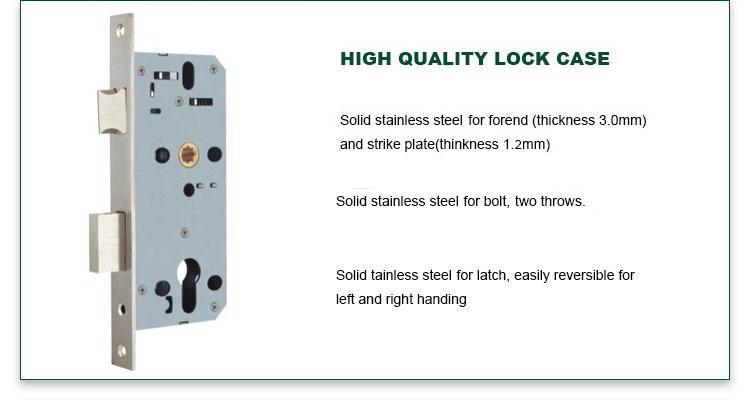 Types of House Locks by Style

There are five common types of house locks by style. They come either with a bolt that needs to be “thrown” to lock the door or a latch that will automatically hold the door closed and can also be locked.

What are Latching Locks

Locks with latches will hold the door closed, even if not locked, to stop the door from accidentally opening. Pretty much all door knobs and levers are of the latch type. They can be found in passage, privacy, and entry functions.

Door Levers are the most popular today. Our customers like them because they are easier to turn, especially for those, like me, getting up in age. The lock levers provide leverage so not as much strength is required to open the door. When customers call us wanting us to make their door knobs easier to open, we put on a lever. There are many flavors of these locks in terms of style and finish.

Door Handles are also very popular on front doors. Instead of twisting, a thumb turn is pressed to release the latch. Many of our customers do not like like the handlesets stating that the thumb turn is hard to press.

There is another very common commercial door lock: the mortise lock. The mortise lock is found on glass aluminum storefront doors. Those doors have a narrow strip of aluminum on the edge and thus the locks are considerably smaller. These locks are snapped out of place easily if you don’t install a cylinder guard (our #1 recommended commercial lock upgrade).

Mortise locks are composed of two products, often purchased separately, a mortise cylinder ((the part that takes the key) and the mortise body or locking mechanism. Mortise locks can have all the same functions mentioned above with a few additional options. They can latch the door when closed or not. So entry to and from the storefront can be done by turning a handle or pushing a plate/panic bar (on the inside of the door) or the door can simply swing freely during business hours until it is locked again.