How does Tesla coil unlock the biometric fingerprint door lock

Recently, there have been media reports that a small black box on the market has spread. Take this small black box and shake it in front of the biometric fingerprint door lock door lock. Fingerprints and NFC cards are no longer needed, and the door opens automatically, and the whole process takes no more than 5 seconds.

This news caused panic among many people. Is the smart lock loophole so big not long after the family has just changed? Is the smart lock really safer than the original mechanical lock? Today, Lao Yang will talk about this with everyone.

What is the sacred "little black box"?

The cause of the incident was that a woman surnamed Wang went to a door industry exhibition site to "kick the hall" and opened eight smart door locks of different brands on the spot with a small self-made black box. 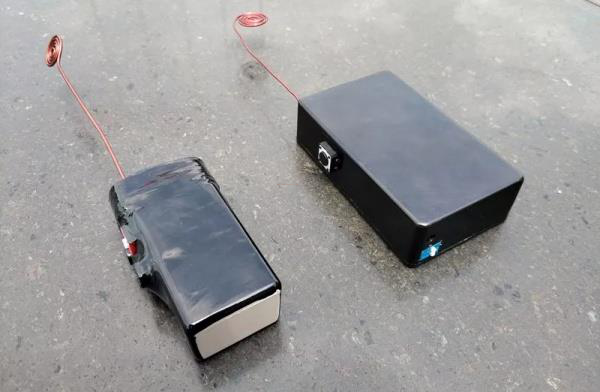 This small black box does not look complicated. There is the only switch button on the box body, and the rest is a copper coil that looks like an old mosquito coil. The scientific name of this thing is called Tesla coil.

However, this Tesla has nothing to do with the Tesla electric car. It was invented by a Serbian-American scientist Nikola Tesla, and was naturally named after this scientist.

The structure of the Tesla coil is actually very simple, the main components are a transformer and a discharge device.

The transformer can convert the low voltage in the battery into a higher voltage. For the specific principle, you can go back and look through the physics book of yourself or your child's junior high school. The discharge device is used to make artificial lightning.

That's right, this thing was only circulated among a small group of fans. When the top discharge device is close to another metal, because the amplified voltage is raised to a high level, the air in the middle will be ionized to form a visible electric spark, which is artificial lightning. 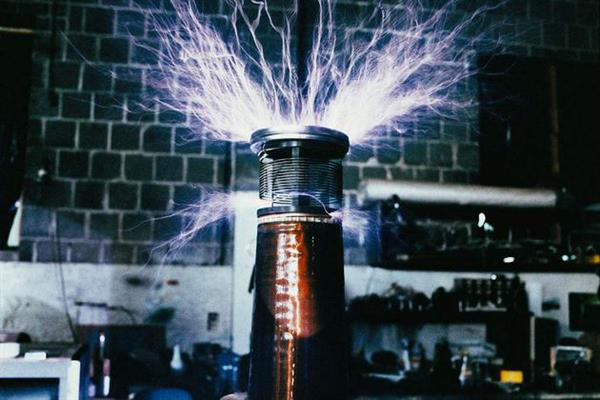 Many people we watched in science and technology museums and other places fired lightning directly, in fact, they used similar principles. It's just that they wear insulating gloves on their hands, and the metal device outside the gloves acts as a conductor. The electricity will also be grounded along the wire, so that it will not cause harm to the human body.

Why can a small black box or Tesla coil make a fluorescent lamp that is not connected to the power supply glow?

Ordinary fluorescent lamps connected to the power supply are stimulated by the high voltage formed by the ballast, the inert gas in the tube will ionize to form a current, and different conductors will have a certain energy loss in the current transmission, such as electric heaters, electric heating The conductor energizes and generates heat, while the fluorescent lamp emits light。

When the Tesla coil approaches, it replaces the ballast and directly provides the high voltage for ionization. 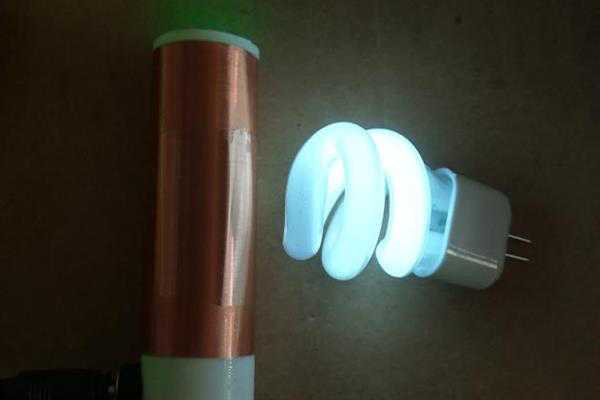 Although the internal structure of the smart keyless door lock is complicated, it is also affected by high voltage. When the voltage rises, when the remote potential energy standard is set to 0, the potential energy of the small black box can be regarded as a very large value.

Since most chips have over-voltage protection, when the internal current is detected to be abnormal, the power will be cut off and then restarted. Many smart door locks restart by default in the open state, which results in the small black box opening the door.

Another possibility is that the current stimulated the operation of the motor, causing it to directly drive the anti-theft bolt to withdraw, and bypass the identification stage.

In other words, if you catch up with thunder and rain, if a bolt of lightning hits your door lock, it may open the door directly.

Is this a bug in the smart lock industry?

This can be regarded as a problem faced by all electronics industries, but in actual use, almost no one will directly interfere with a Tesla electric circle everywhere, so this problem is generally not solved.

And when it comes to locks, which are designed to be safe, the solution to this BUG must be launched.

In fact, the principle is not difficult. Use a metal shell to wrap the entire electronic part of the lock to form an electromagnetic shield to prevent interference from external potential energy, or add a stable voltage module to the circuit design. 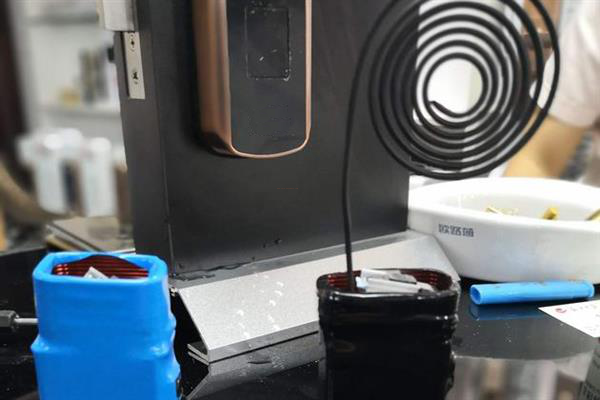 However, making more metal shells or voltage stabilizing modules represents an increase in the cost of the lock. After all, the price of metal materials is not cheap now, and it is not only to add a metal cover to a lock, but hundreds of thousands or millions of dollars. This magnitude.

This is a relatively large burden for many small door lock manufacturer that are not competitive. At the same price, everyone will definitely buy a big brand. If you don't save costs, you can't get the price. So you can only cut corners and avoid this process.

Therefore, to judge whether your smart lock is safe, you must go to the e-commerce or building materials market you purchased to see if there is an electromagnetic shielding metal cover structure in the disassembly structure of the same product.

First of all, we have to clarify the concept that there is no absolutely safe lock in the world, and there is no such thing as a master key. The development trajectory of locks is to increase the complexity of unlocking as much as possible and reduce the procedures for normal unlocking.

The so-called smart lock, the smart part is only to replace the part that the key drives the internal mechanical shaft with a chip controlled motor to drive the rotating mechanical shaft. 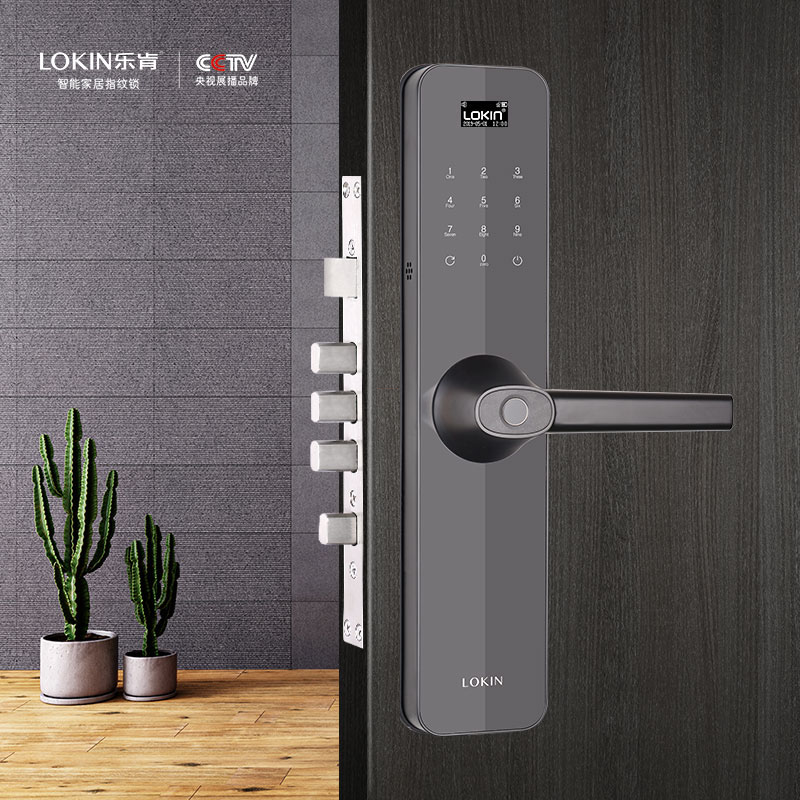 As mentioned above, smart door locks that use material conscience will not be affected by Tesla coils such as small black boxes. If you have to emphasize the risk, the traditional mechanical structure lock core also has A, B and B+ points. It is also a matter of minutes to unlock the first two levels.

The difference between the so-called Class A lock and Class B lock is whether it is one row of grooves or two rows. The consequence of this is that the number of grooves is small, the depth changes are small, and the pattern of the combination of the two is also small. Then a certain number of locks can be opened. At the same time, it is easy to twist the lock heart violently or to simulate the key with a lock picking tool.

Currently, major mainstream e-commerce companies have blocked products related to "small black boxes". In fact, according to the formal process, the purchase of such products are generally professionals who have been filed by the Public Security Bureau, and require such as the "Special Industry License", "Unlocking Service License", "Unlocking Service Card", and "Public Security Bureau Filing Certificate" and "Special Industry Directory Management Certificate", etc., users who have changed smart locks need not worry too much. 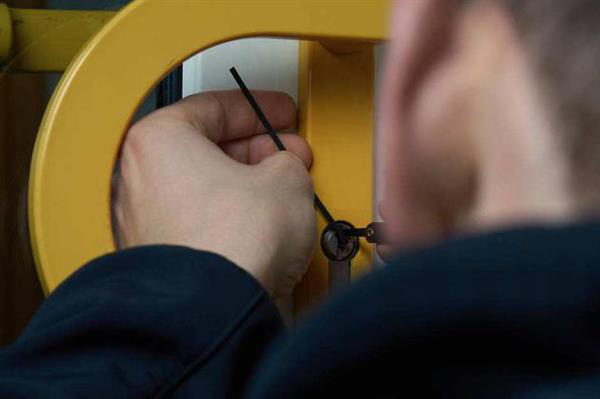 In fact, from the perspective of a thief, it is difficult to copy your keys, fingerprints, and NFC card after you step on it when you are in a stranger with you, and the security of the anti-theft door is now in a short time. Brute force cracking is basically impossible without disturbing the properties and neighbors in your community.

Most of them will choose a low-cost method, such as for families that are not equipped with anti-theft bolts, poke a hook through the cat's eye and turn the internal handle to open the door. In the past two years, the design of smart locks to close the door and the electronic peephole anti-dismantling alarm basically reduces the possibility of home theft.

Most of the current smart locks can record the time and specific method of unlocking. You can also check the method of stolen and unlocked at home immediately, then you can quickly narrow the scope to a few people around you to facilitate the recovery of property.

So what should I pay attention to when buying a smart lock?

First of all, buy carefully if it is too cheap. The so-called "you get what you pay for, and if the price is low. Most of the time, it doesn't mean that the business is willing to give up a portion of the profit. It is more often that they cut corners in places you can't see."

Second, the unlocking method should not be too fancy. For one reason, adding more functions requires more hardware support. In many cases, these extra functions are repeated and will not bring much convenience to life. For example, the main fingerprint recognition lock, and then add an NFC for the convenience of the elderly and children. Do you think it is more convenient to use a card to scan than to press a fingerprint? 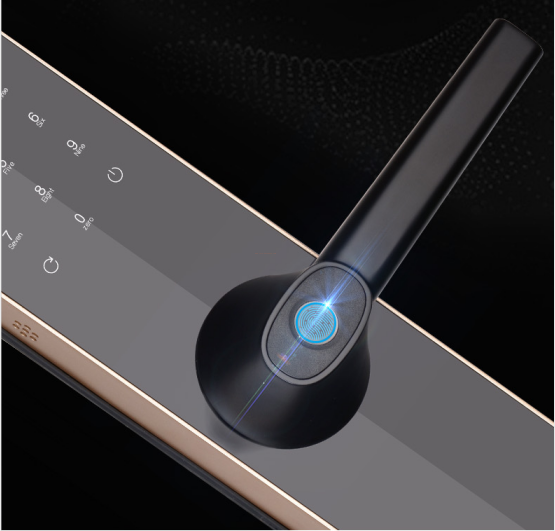 More features means higher costs, but too high a price will cause more consumers to stay away. The so-called wool comes out of the sheep, it is not clear where to cut corners.

Finally, if you have already purchased a smart lock, you can go to the purchase channel to understand the internal structure of the lock, or you can only check the security of the relevant brand online.