The larger the area of the fingerprint head of the smart lock, the more accurate the recognition?

Is it true that the larger the area of the fingerprint head of the smart door lock, the more accurate the recognition? If you want to have a good user experience, correct installation is the key!

In recent years, the sales of face locks and video locks have grown very well, but judging from the data released by authoritative organizations, we can still see that fingerprint recognition modules are still standard biometrics in terms of market stock and new products launched by brands.

As the most widely used biometric method on smart locks, careful friends may have discovered that some smart lock for apartment door have larger fingerprint recognition heads, and some are relatively smaller.

Compared with modules with a smaller area, the large-area fingerprint module has a larger skin coverage. So, is it better in terms of recognition accuracy and security? 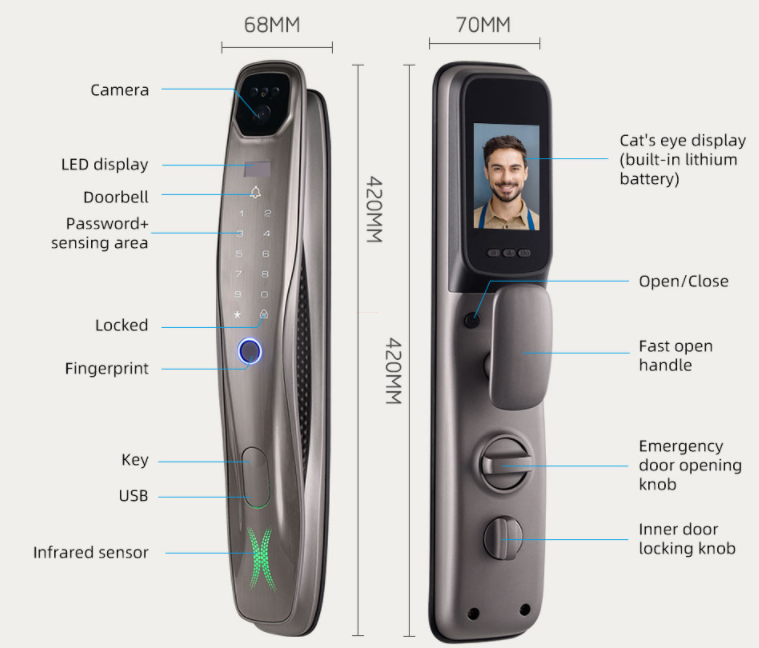 In terms of small-area fingerprint modules, in recent years, with the continuous improvement and maturity of capacitive fingerprint technology, and the serious involution of the industry, the AA area of fingerprint recognition modules will become smaller and smaller in the future due to the impact of cost control. The performance of the MCU will be higher.

Based on the above, it can be seen that:

❷ Don't blindly pursue a large-area fingerprint module. If the AA area is small, the recognition performance will be poor. The large module area only determines the ceiling of its fingerprint performance, not the bottom line.

The more expensive of smart lock, the better of user experience? That is wrong! Installation is the key. 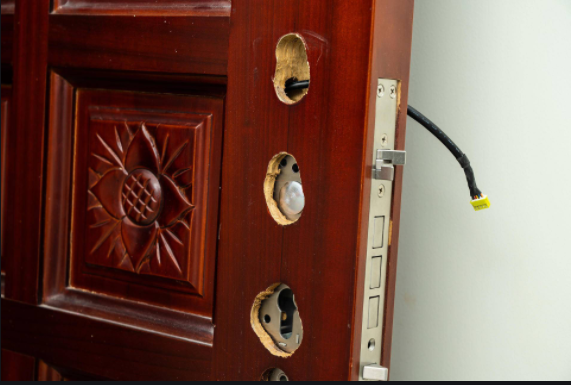 For fingerprint locks, installation is an important link, which directly affects your later use experience and the service life of the lock. Sometimes some hidden dangers left over from the installation will directly cause the operation of the whole set of locks to be paralyzed.

For example, the position of the square steel hole is not large enough, so when the door is opened and the handle is pressed, it will be jammed. For example, the location of the fixing screw holes is not enough, and the front and rear panels will shift if they are barely installed, and the handle will also get stuck, and if it is more serious, the door will not be able to be opened.

Installation seems to be a very simple step. Just install the lock body into the door,and then install the front panel and rear panel. But often simple things, there are more and more strange things inside.

When installing, you must pay attention to supervising the installation master. The two positioning posts must be installed well, because the hole position of the positioning post will not exist on the old door before, so it is necessary to open a hole. Many installers will save trouble. It will not help you open the holes for installing the studs, so as to remove the two posts, it is useless to tell you, so you must pay attention to this point.

When installing, the gap around all the studs or square steel passing through the door should not be less than 5mm, because if the panel sags, it will definitely touch the door, resulting in jamming or unsmooth use. For fingerprint door locks, for mechanical locks, in addition to the positioning post, there is also a connecting line that passes through the door. This line is used to connect the front and rear locks to power on. The door hole of the old lock usually can only accommodate the size of a screw, so we must pay attention here, this place needs to be reamed.

Moreover, during the installation process, when tidying up the thread, the position of the thread end should not be too close to the active part. Once touched, there will be a risk of falling off or loosening in the long run. Usually this kind of situation will happen in the renovation of the old door, you don’t need to worry about the new door, because the holes of the new door are basically standard-compatible fingerprint lock holes.

After the installation is complete, it is enough to check whether the function of the lock is normal and whether the door is opened smoothly. When your hands are full of heavy objects or you are far away from home, you don't have to worry about the trivial matter of opening the door. When installed correctly, opening the door is a breeze.